Places in the Netherlands: Amsterdam

Have you always wanted to visit Amsterdam but never had the time or money to do so? Or have you been there before or maybe even loads of times? Either way, this blogpost is about my experience in Amsterdam during Christmas break! Here's how my day went!

There's only one way to start the day well.. and that's with a tall mocha apple crumble and some cheesecake at Starbucks! The cheesecake was delicious and extremely nourishing. 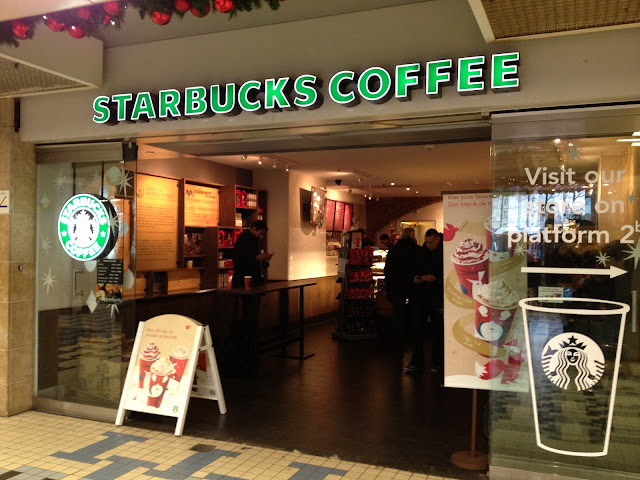 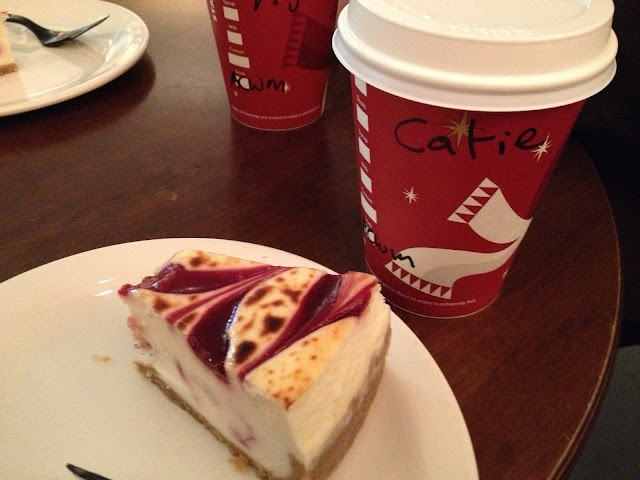 Feeling the tourist-y vibe, I went over to see the I Amsterdam sign, which is a famous place to take pictures. The letters measure over 23.5 meters wide and are set in front of the Rijksmuseum at the Museumplein.

I've walked through the streets of Amsterdam since I was a little girl. Therefore I remember the following scene from when I was younger. It's another interesting place, but this one is less known than the I Amsterdam sign.

It's called the 'Max Euweplein', where people come everyday (rain or no rain) to play chess in memory of the Dutch Chess Grandmaster Max Euwe (who died in 1981). 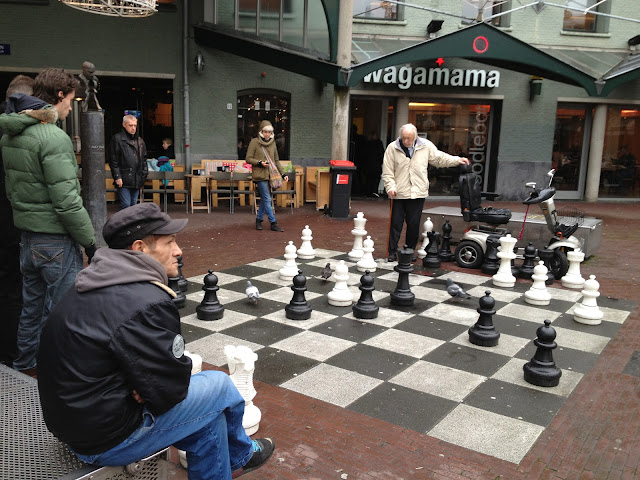 In front of the Rijksmuseum, which I wanted to visit, stood a very long queue! Sadly I wasn't brave enough to tackle it... Skipping the Rijksmuseum, I decided to walk down the most expensive shopping street in the Netherlands; P.C. Hooftstraat, located in the south of Amsterdam. 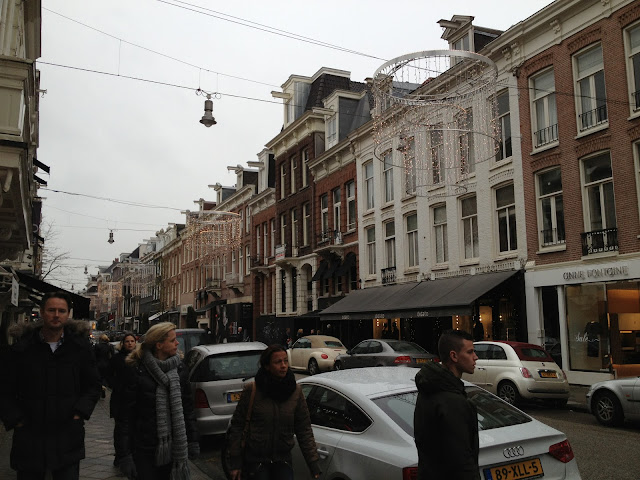 Exclusive and international brands like Chanel, Diesel, Gucci, Louis Vuitton and Hugo Boss are located in this street among the most expensive apartments in the city. 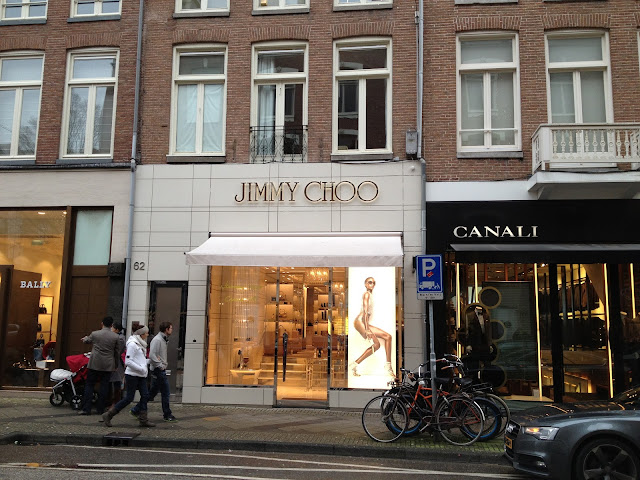 It has to be one of the most talked about stores on YouTube; Brandy Melville. I felt it was time to visit the, currently, only existing shop in the Netherlands and experience the hype for myself. This originally Italian brand is located all over the world with its unique stores and alternative style. 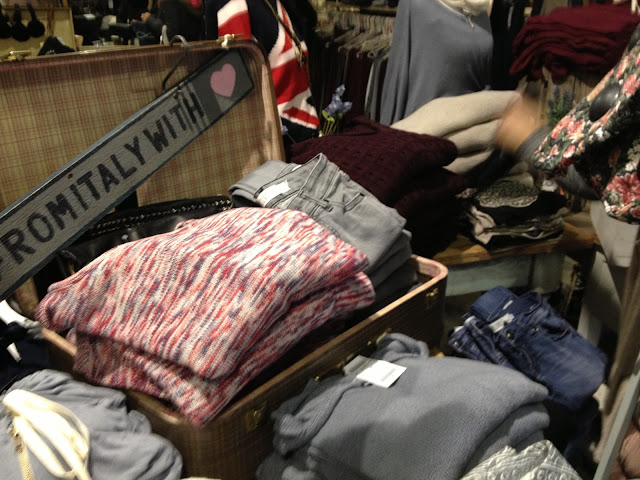 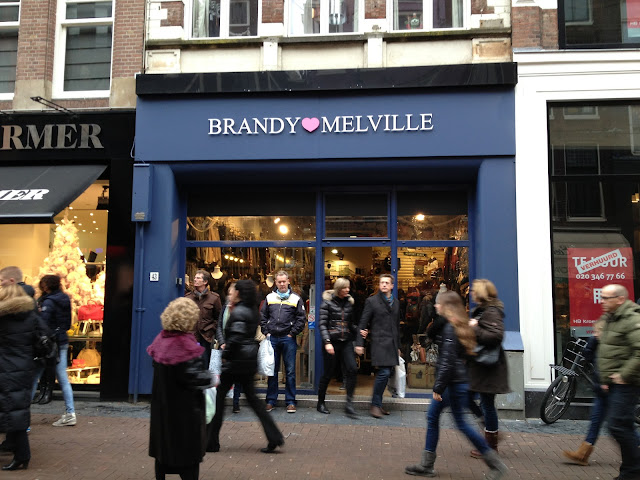 The store was literally packed with people which made it a real expedition to shop, but after a lot of patience and more than an hour later I walked out with some cropped t-shirts, a sweater and an amazing bag! 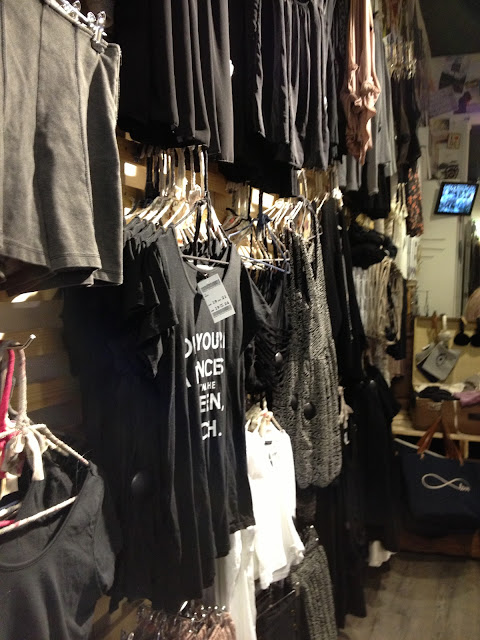 The vibe you get when you walk in is creative, unique and defenitely interesting. I associate it with festivals, the beach, California, summer, creativity and vintage. Which is certainly my cup of tea! 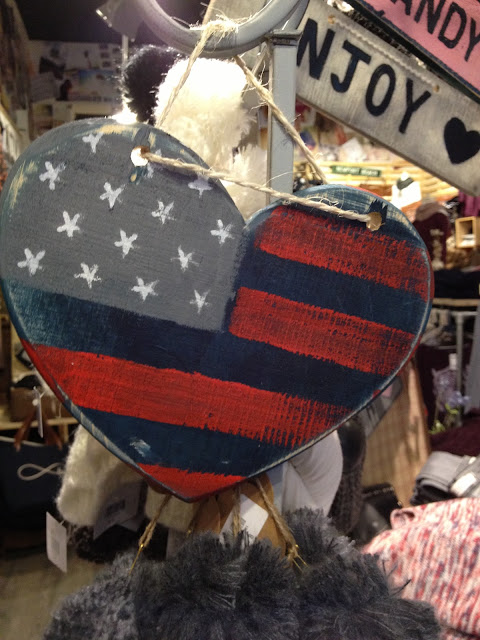 Walking down the Kalverstraat I alternated between window-shopping and going inside some of my favourite stores like Lush, Vero Moda, Sissy-Boy and 'de Bijenkorf'. I also made a stop to buy some new lipbalm at Kiehl's and to visit the Apple Store. 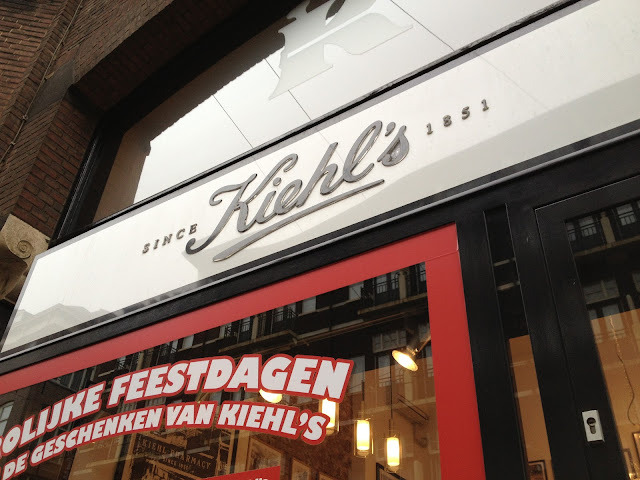 The Apple store is located in the Hirschgebouw at the Leidseplein and opened March 3rd of 2012. This is currently the only retail store in the Netherlands. I love Apple products, but even the building itself was so beautiful, I had to take some pictures! 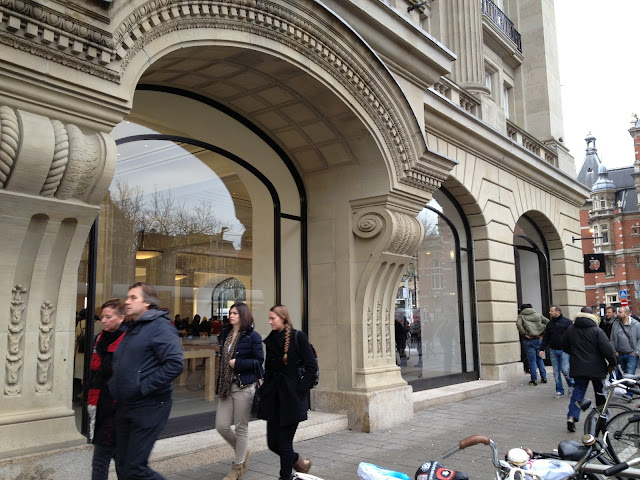 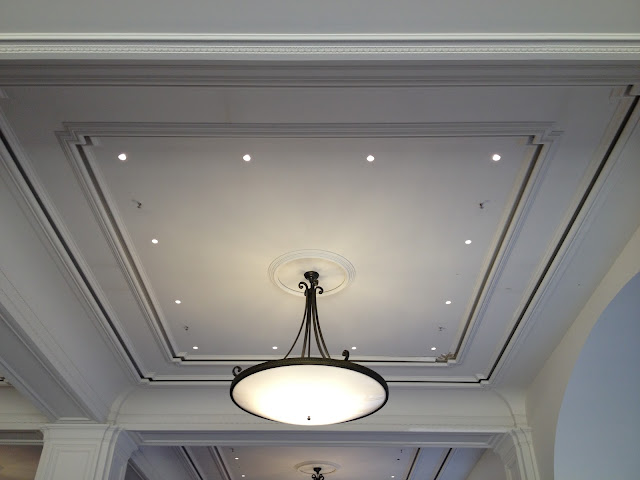 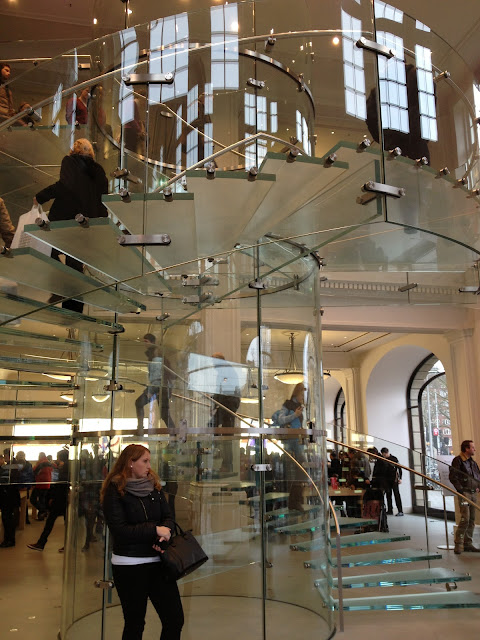 To end this amazing day I picked out my favourite sushi. And for dessert I ate some frozen yoghurt with lychee's, mango and 'kletskoppen' (a Dutch cookie, mainly made of sugar). 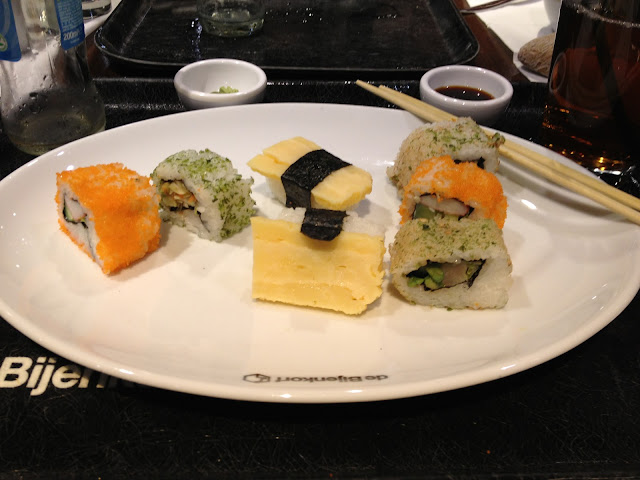 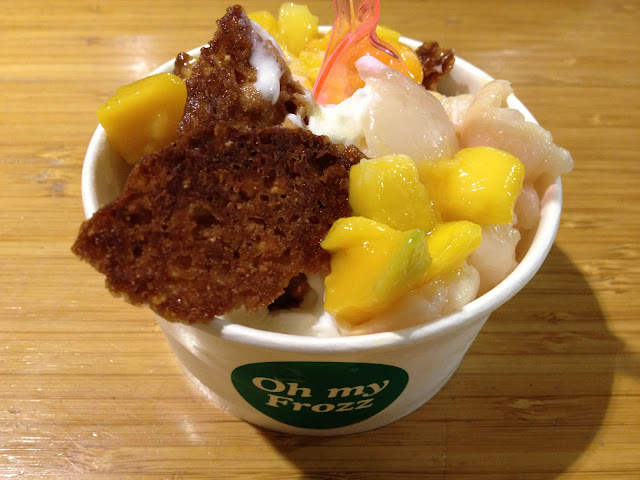 Leave a comment below, or send me a tweet @catiemccartney with your thoughts about Amsterdam!
Geplaatst door Catie McCartney