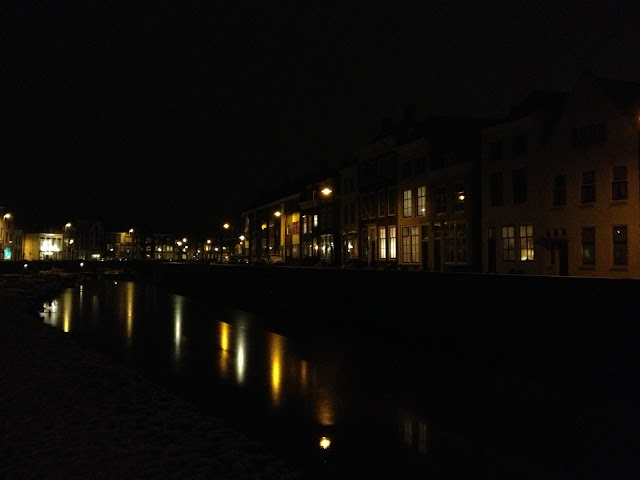 Middelburg is the capitol of the province Zeeland and is a great historical place. We parked our car at the Damplein, which is a beautiful street with old canal houses. I usually like to park close to the event we're going to, but in this case I enjoyed the walk towards the Zeeuwse Concertzaal, where the concert was given. I loved walking through the dark, snowy, winding streets surrounded by beautiful old houses. It felt very idyllic to me!

The Zeeuwse Concertzaal is, surprisingly, in a normal street, placed between normal houses. The foyer is decorated in a spacious and modern way, which is an elegant contrast with the classical music you're surrounded by. Whilst waiting for the concert to start we were given a booklet with some background information about the musici and the music. 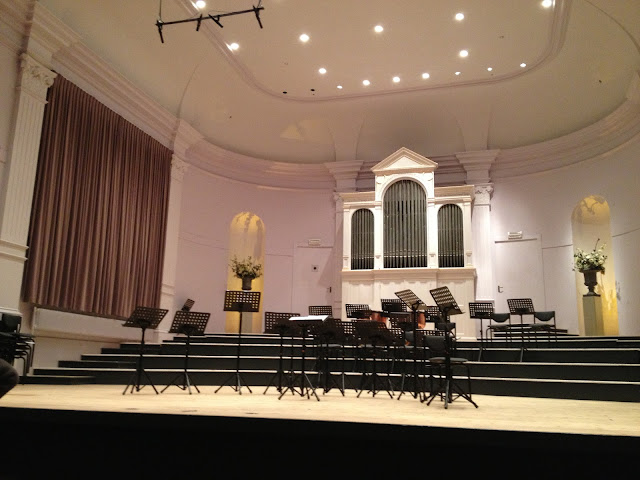 The orchestra, consisting of approximately 40 musicians (CODARTS Rottterdam), played music by three different composers. Before I explain what I thought of the music I have to illustrate the fact that we're in this incredible room, with offwhite coloured walls, amazing historical feautures, a high ceiling and rows of comfortable chairs for the audience. With a big applaus we welcomed the first musicians onto the stage. 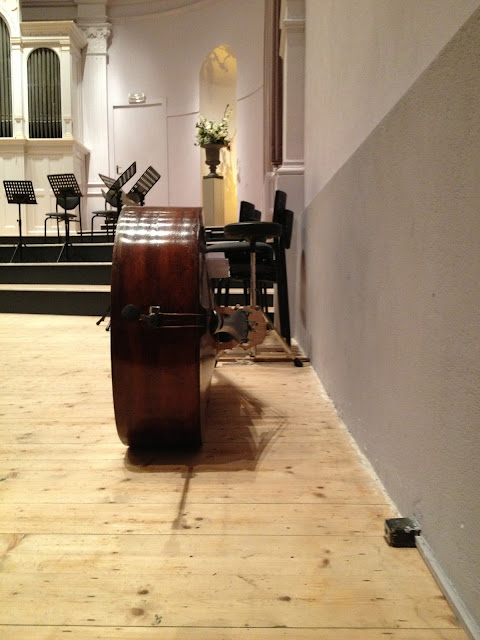 Richard Strauss (1864 - 1949)
Serenade in Es major op. 7 (1881)
The music in this piece was played by wind instruments. The cundocter explained to us that the music we were about to listen to, was written by a 16 year old Richard Strauss, which is already incredible to begin with. A great thing about sitting in the very front of the room, is to watch the musici play their instrument. Each one of them with so much concentration, so much conviction and excitement. 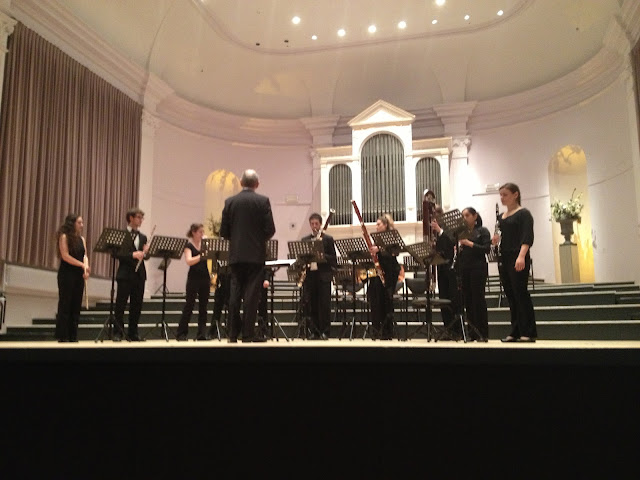 Gustav Mahler (1860 -1911)
Adiago from symphony number 10 (1910), version for strings
I have a soft sport for the stringed instruments, since I played the violin for a lot of years, and because I love the variety in sound that strings can make. Watching the orchestra playing the music, made me realize how much time and energy they must've put into learning this. I watched them be the music, instead of playing it. The music was very scenic, it felt like listening to a story being told. This piece is very different from the first one, it's way more dramatic and almost a bit sad, like the writer was explaining to us how he was feeling, or how he was suffering. 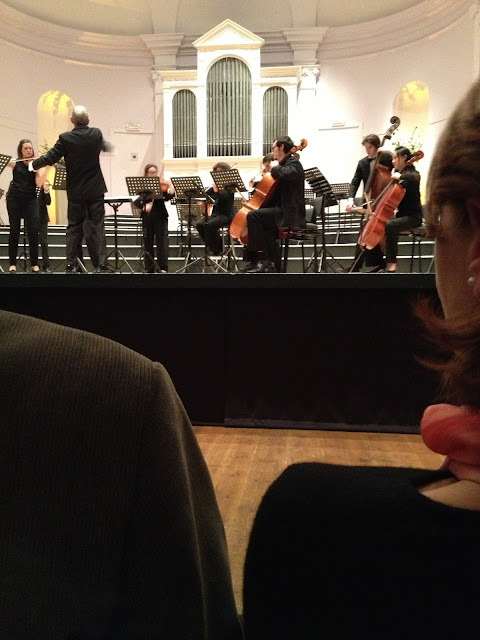 Wolfgang Amandeus Mozart (1756 - 1791)
Symphony nuber 41 'Jupiter' (1788)
I don't know if it was a coincidence or not, but the concert certainly ended with a bang! Describing this piece is like describing a metropolis; it's big, imposant, varied and extraordinary. The whole stage was filled with musicians, some with very small instruments, others with big ones. The volume went from barely audible to loud and extreme, the pace went from slow and thoughtful to explosions of speed. 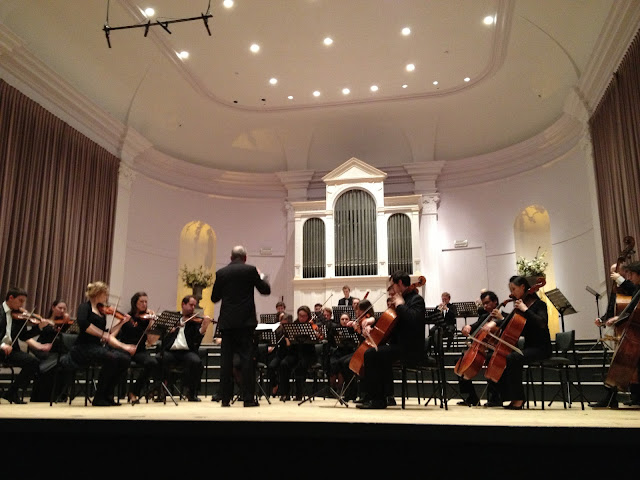 And in all that, the one person with his back to the audience, seemed like he was doing the Harlem Shake. The conductor moved his whole body, waving his arms, instructing individual musicians, leading the orchestra through the music. So much was happening in the music and on the stage. They were tapping their feet in a rythm, changing their sheets, jumping up and down whilst playing their instrument, exchanging looks and creating a wonderfull evening filled with beautiful notes of music.

Let me know what kind of music you like and if you've ever been to a concert like this one!